The Posadas Amiga Party was not and will never be the biggest party organized in Spain, but many of us remember it as the best demoscene party ever held in our country. A fascinating, unrepeatable and warm event, above all warm… 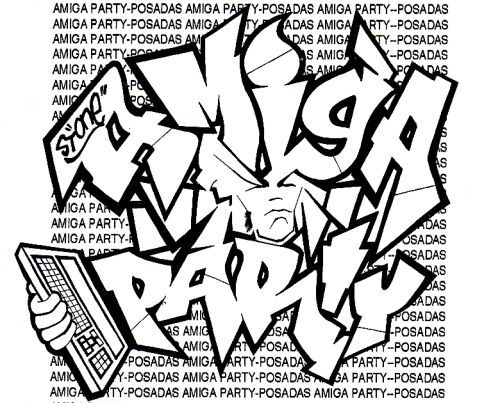 On 23 July 1995, the third and last day of the three days the party lasted, the record for the absolute maximum daytime temperature was broken in Seville. It was 46.6 degrees centigrade that all of us who were there had to feel fully, given the proximity of Posadas (the small village where the event was held) to Écija, a Sevillian town also known as “the frying pan of Andalusia”.

Such a heat wave gave rise to many anecdotes during that party. The most curious of them, perhaps, was the one about the fact that the town’s shops ran out of fans due to the avalanche of people attending the party who were ready to buy one of these “peripherals” after understanding that “here we fry the eggs in the sun” was no exaggeration. I was, by the way, one of the few who took the fan “from home” because my Amiga 500, without one of these and the twenty-duros coin on top of the Agnus, simply couldn’t stand it.

It must be said that, in spite of such a large representation of the demoscene (one of the biggest ones in memory at a Spanish party), the level of the contests and productions presented was not too high, with the notable exception of the Batman Vuelve demo, first prize in its category and, to date, one of the best Amiga 500 demos of all time [Rhino, you owe me a drink for what I just wrote ;P]

As for productions, my modest contribution to the party was limited to the presentation in society of the number zero of Trashcan, a diskmag for Amiga that I programmed in m68k assembler during the first half of 1995, and to the presentation in competition of a 64k intro finished “in extremis” and also first prize in its category.

I take this opportunity -as I probably won’t have another one- to explain that the original title of the intro was “Un Amiga, mil sueños” (a phrase that appears in a moment of the intro) and not “introxele” as it was finally known. It was something very silly: when I went to deliver the disk with the intro for the compo, I was asked to write something on the label for better identification and I was so tired that I couldn’t think of anything else but to put “intro xele”… and as such it stayed.

Anyway, as you may have noticed, the memory of the Posadas Party is still alive in my mind. For me it was three glorious days that I lived with all that teenage passion that I sometimes miss so much. I know that many people will find it difficult to understand what moves so many people to meet other strangers in a place hundreds of miles away from their cities and also carrying their own computer equipment, but that’s something that at least I’m not able to explain here and now. All I can say is that perhaps it was this apparent lack of meaning that made these kinds of meetings so special.

From here a hug to all those who were lucky enough to attend that party, and my most sincere thanks to the organizers of the party, Javi and Juan Daniel (TheBrothers/Nivel7), for making the dream of having a great party in their town come true and allowing us to enjoy it.

Enjoy the video of the party awards ceremony: